MG Coward graduated and received his commission in the Air Defense Artillery branch as a 2nd lieutenant from the University of North Carolina at Wilmington and entered active duty in 1989. He holds a Bachelor of Arts in Speech Communications, a Master of Arts in National Security and Strategic Studies from the Naval War College, and a Master of Science in Strategic Studies from the Army War College.

Prior to joining SAPRO, MG Coward was the commanding general of the 32nd Army Air and Missile Defense Command based at Fort Bliss, Texas. 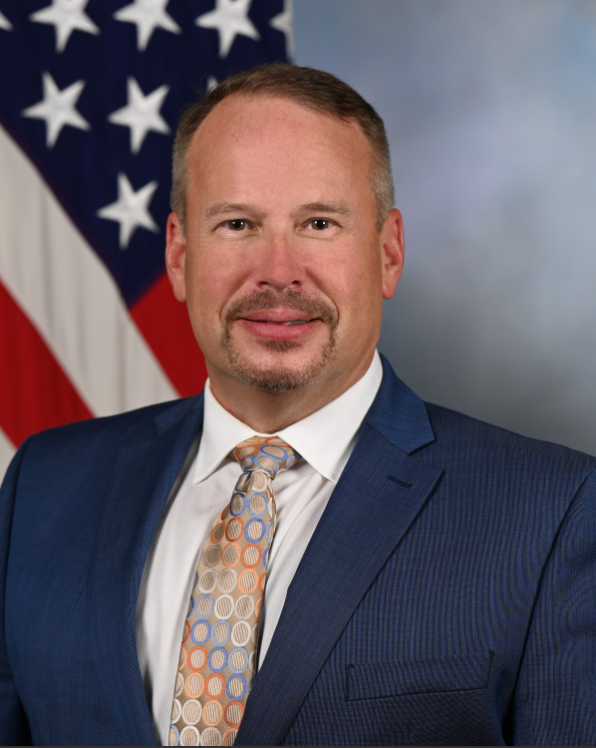 Dr. Nate Galbreath is the Deputy Director for the Department of Defense Sexual Assault Prevention and Response Office (SAPRO). In this position, he is the Department’s expert for prevention and response programs and their relationship to behavioral health, forensic science, criminal investigation, and sex offender assessment and treatment. The Department selected Dr. Galbreath in December 2016 to be a senior executive and fill the role of Deputy. Dr. Galbreath previously served as the Department’s Highly Qualified Expert on Sexual Assault Prevention and Response from 2012 to 2016, and was Acting Director of SAPRO from May 2019 to September 2020. He has been affiliated with SAPRO since May 2007 when he served as SAPRO’s first military deputy director before retiring from the Air Force in 2009.

He entered the Air Force in 1989 after completing a BA in Spanish and International Affairs at the University of Puget Sound, Tacoma, WA. He was assigned to Howard Air Force Base, Panama, from 1989 – 1990 as a Special Agent for the Air Force Office of Special Investigations (AFOSI). He went on to serve a total of 11 years with AFOSI as an agent, a forensic science specialist, and a Detachment Commander (Special Agent in Charge) at Air Force base offices in New Mexico, Colorado, and Utah.

Dr. Galbreath was competitively selected by the Air Force to earn a Master of Forensic Science from the George Washington University, Washington, DC (awarded in 1993), and a Ph.D. in Clinical Psychology, from the Uniformed Services University of the Health Sciences (USUHS), Bethesda, MD (awarded in 2004). He has also completed a number of internships and fellowships, including a fellowship in Forensic Medicine at the Office of the Armed Forces Medical Examiner, Armed Forces Institute of Pathology, Washington, DC, and a clinical psychology residency at Malcolm Grow Medical Center, Andrews Air Force Base, MD.

Dr. Galbreath’s clinical experience focused on treating and researching sexual dysfunction and sexual disorders. He also evaluated and treated sex offenders with Dr. Fred S. Berlin at the National Institute for the Study, Prevention and Treatment of Sexual Trauma, which is affiliated with the Johns Hopkins Medical School in Baltimore, MD. He also served as the Behavioral Health Clinic director at Minot Air Force Base in North Dakota, where he supervised mental health, family advocacy, and alcohol/drug treatment programs from 2004 to 2007. He is currently a licensed psychologist in the state of Maryland.

Dr. Galbreath maintains close ties to the law enforcement community. He has provided training at national and international conferences hosted by the Federal Bureau of Investigation, the Department of Defense, the Department of Justice, the Norwegian Ministry of Defence, and other non-governmental organizations. He serves as a Professorial Lecturer in the Forensic Sciences at the George Washington University, where he created one of the nation’s first graduate level courses on child abuse investigations. He also teaches a graduate course on sexual assault investigations. He is an adjunct associate professor in the Department of Medical and Clinical Psychology at USUHS. Dr. Galbreath has also published a book chapter on child molesters, co-authored a chapter on sexual disorders and the Internet, and co-authored journal articles relating to sex offender recidivism and online sexual problems. He has been a primary author on the Department of Defense Annual Report on Sexual Assault in the Military since 2007.